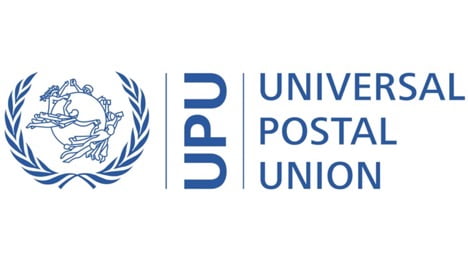 The Universal Postal Union treaty (UPU) is a United Nations agreement that was established in 1874 and sets shipping rates between 192 member countries. In 1969, in an effort to boost economic growth, the UPU set lower shipping rates for small parcels (4.4lbs and under) mailed from developing countries. While this move by the UPU was clearly well-intentioned, it has not been reassessed in several decades. As a result, despite being the world’s second largest economy, China is still listed as a “developing country” and thus benefits from unreasonably low shipping rates – to the detriment of the United States and U.S. businesses.

Due to China’s classification under the UPU, the U.S. is forced to subsidize shipping costs for Chinese imports – including counterfeit products – to the tune of approximately $300 million annually. As such, it oftentimes costs Chinese manufacturers and counterfeiters less to manufacture and ship products to the U.S. than it does for American companies to ship products within the U.S. This has become an increasingly troubling matter for American businesses over the past few years as consumer shopping has largely moved from brick and mortar stores to e-commerce platforms such as Amazon. Specifically, Chinese counterfeiters are able to severely undercut the price of authentic goods on Amazon (and eBay, etc.); making the counterfeit a significantly more appealing option to the unaware consumer.

This concern was echoed by President Trump’s trade advisor, Peter Navarro, who stated in a recent op-ed that this pricing “inequity puts American small businesses and manufacturers at a severe competitive disadvantage.” Navarro went on to detail how U.S. businesses and manufacturers pay between $19 and $23 to ship a 4.4lb package while China post only pays $5. It does not take an economist to see how such a disproportion is harming U.S. businesses.

As such, and in keeping with his America first policy, President Trump formally moved last week to withdraw from the UPU; an effort that is widely supported by U.S. shipping companies and manufacturers. Withdrawing from the UPU is a yearlong process, and if finalized in 2019, the U.S. will lose access to internationally recognized barcodes that allow parcels to be shipped throughout the UPU member countries. However, because it does take so long to formally withdraw, it gives the Trump administration ample time to renegotiate the rules and rates with the UPU and then rescind its notice of withdrawal. This is the most likely outcome, and one that will benefit U.S. product inventors, owners and distributors considerably.

Until this matter with the UPU is resolved, it is essential for product marketers to monitor third party sales of their products online to ensure counterfeits are not being offered at a lower price (and quality). Federally registering product trademarks and copyrights, as well as utilizing tools such as Amazon’s Brand Registry can help combat these counterfeiters and more effectively remove unauthorized product listings.